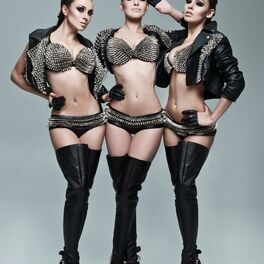 NIKITA is extremely sexual, fabulous and the most provocative Slavic girl’s band. In 2008 NIKITA has been called the greatest launch in Ukrainian show-business. The first song “Machine” has become the most downloaded track of the year! NIKITA became the new sexual machine indeed! The girls duo became extremely popular not only because of great songs and videos, but also due to the awesome beauty, that has been noticed by worlds’ best magazines Dasha Astafieva is one the of the favorite ‘Playboy’ playmates worldwide. Dasha has won a title of Playboy girl twice: first in Ukraine, and then in the USA where she glamoured Hugh Hefner himself and became the 55-th Anniversary American Playboy Playmate In 2009 NIKITA struck the audience with shocking video “Verevki”, that led to great resonance. The girls appeared totally naked… The newest hit “20:12” has been represented lately.