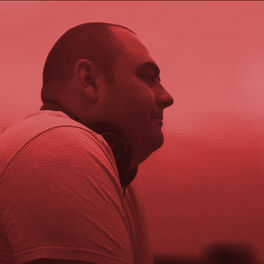 Farb – real name Slawek Farbiszewski born on 9th February 1986, currently living in Oxfordshire, UK. From an early age he was interested in different genres of music as well as methods of music production and dj mixing. When he was 9 he borrowed a simple keyboard from his older sister and instantly fell in love with electronic music. Between 2002 and 2005 he explored the world of electronic music sets and he came across live sets mixed by the legends Paul van Dyk and Marc Spoon. This was the period of first underground parties in home town of Torun, PL. He got so infatuated with these sounds that he got himself first tunes on vinyl and first set of gramophones with mixer to start the live mixing journey himself. Years 2006 – 2010 Farb organised parties and mixed together with best underground dj’s all over Poland as well as local trance events in Torun. Due to personal issues he had a break in his musical career between 2010 and 2015. From 2016 until present Farb is back to what he loves most – mixing and music production. This resulted in his latest production called ‘Lilly’, which will be soon released by AvA White Recordings. His mixing style is a strong portion of energy he delivers by skilfully merging various genres of trance – progressive, uplifting, tech-trance, psy-trance as well as techno and other odd-ball surprises. One thing is certain – wherever and whoever he mixes for – the energy of his mixes will blow away and make you dance your night off. Second part of 2019 and the beginning of 2020 look very promising for Farb.