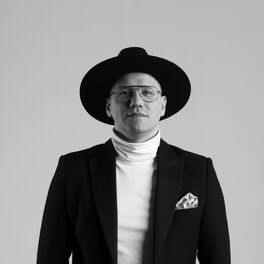 Hope (Glory To The Heroes)

Light Me Up (Eurovision Karaoke Version)

He fits in many music genres, not only club music. He loves the sound of live instruments, he is keen on experimenting with music and he collaborates with many outstanding musicians and multiinstrumentalists. His live sets always mean the best sellection of music and sounds which totally absorb the listener. As a producer, he collaborates with the world's biggest studios. His solo project has alreadyincluded e.g. Andreas Moe, known for being part of Tiesto's or Hardwell's tracks. One of his recent successes was 'Live Forever', with the vocal contribution of a Swedish multi-instrumentalist Wrethov. The track became the big hit in Polish radio stations, as well as in many other countries and the music video was shown on the biggest music TV channels in Poland. He has performed at numerous music festivals, sharing the stage with artists such as Steve Aoki, Deorro, Eric Clapton, Jessie Ware and Sting. In April 2016 Gromee was the support act for Mariah Carey’s first ever Polish concert. His 2016 summer single “Fearless” ruled the Polish music charts, reaching 10th position on the radio and 2nd position on the TV Airplay Chart and earning a Platinum Record award. Next single, “Sprit”, recorded together with Mahan Moin, a Swedish vocalist known from Persian Idol, was also an instant hit and his first no. 1 on Polish Radio Airplay Chart.