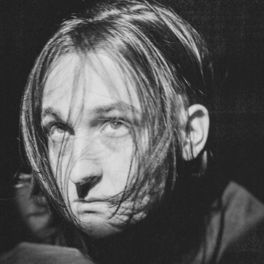 guccihighwaters relocated from Ireland to Long Beach, NY when he was fifteen. His isolated beginnings gave him his work ethic and laid the groundwork for his succinct home recording process, but that start is just a blip on the 20-year old artist’s radar. Since starting up a year ago, his tracks have reached millions of plays with nearly 750,000 monthly Spotify listeners, with an eager and vibrant fan community adding to his brief, but prolific beginning with homemade YouTube videos. guccihighwaters’ buzz seemed to suddenly arrive and instantly connect—and it’s one worth focusing on. His tracks start with a simple idea — a guitar phrase, a piano chord – and the lyrics serve as the scaffolding, holding up what he’s built. A hazy confidence permeates his ebb and flow, injecting his production choices with tenacious storytelling. Take “crutch” and “my way,” two opposites of the same storytelling coin. The former features warbling piano and seesawing vocal production as a backdrop to blunt relationship woes. The latter is the aftermath—where that pain takes a backseat to passion. guccihighwaters’ delivery has the posture of someone transformed by their own ambition, with twinkling keyboards matching this shift in perspective. Yet, both heartbreak and the hustle are experienced with the confusion that comes with getting older. “these days” blends these two moods – the mournful and the massive – heightening the drama beyond any growing pains. Inspired by hip-hop grooves and SoundCloud rap’s divergence from traditional structure, guccihighwaters strikes a hard division between his two influences, delivering tracks that are at once bold and intimately familiar.