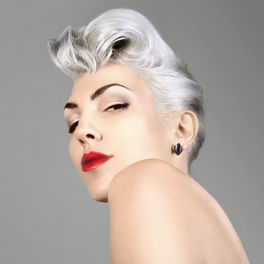 Someone Brought Me Wine

Steppin' Out With My Baby

Although Karen is considered by the press the most influential jazz and bossa nova voice these days, she began flirting with jazz over a decade ago. She began her career when she was invited to join the very first Jazz & 80’s album, which release was a global success. Born and raised in Argentina, Karen grew up in a musical household. After she spent a while in LA, in 2010, Karen decided to become a solo artist. She is not only a singer, but an independent producer and songwriter. She has now five albums to her name, and her audience recognizes her rising to become a worldwide icon. Songs like “Creep” and “Paris” were pitched in famous movies and Netflix series like “The Zero Theorem” and “White Lines”, and the Ralph Lauren Spring Fashion Show, in 2019, giving her the opportunity to grow her global fan base further. Karen has a large and dedicated fan base around the world. She has toured in Europe, throughout Africa, Latin America and Asia, where her fans come out in droves to watch her play the historic Blue Note Café. With her Marilyn-like locks and her easy elegance, she always plays to a sold-out crowd.