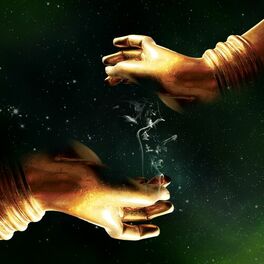 Music for Spirit Harmony – Most Relaxing New Age Music, Sounds to Calm Down, Rest a Bit

Call to Meditations - Wait for Meditation, Yoga is My Life, Fantastic Rest and Relaxation, Sounds of Nature Helpful in Exercises

by Buddha Sounds & Chill Out & Relaxation and Meditation SPA Music

Spa Breaks - Sounds of Relaxation for your Health and Inner Peace

Buddha Sounds is an electronic music band created by producer Alex Seoan. With seven albums to their name, they have been a leader in ambient fusion for more than a decade. The band consists of Alex (guitar, keyboards, samplers and voice); Russian ballerina, Maia Krasnaia (voice and violin); J. Fernàndez (drums); Anubis Rha (bass) and Hindu stars, Kantik Shankari. Buddha Sounds has a number of guest vocalists who join the band both in the studio and onstage. They perform live throughout Latin America in theatre and club settings and have a strong and steady fan base. They are a unique and haunting mix of East and West that never ceases to delight and transport the listener.