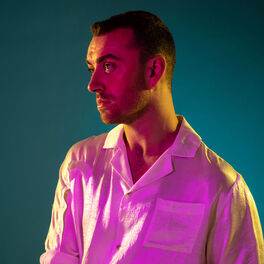 The Holly & The Ivy

Loves Me, Loves Me Not

To Die For (Remixes)

The Thrill Of It All

Sam Smith’s multi-platinum selling album ‘In The Lonely Hour’ debuted at No.1 in the UK charts and No.2 on the US Billboard Top 200 in May 2014. The album has sold over 5 million copies globally, breaking records in America as the highest first week sales for a UK male artist in the SoundScan era, as well as being the only artist in the world in 2014 to sell 1 million albums in both the UK and US. Sam came to the forefront after featuring on Disclosure’s big breakout hit of 2012 ‘Latch’ and went on to work with Naughty Boy on the MOBO winning, No.1 hit single ‘La La La’; to date amassing a mammoth 490 million views. At The beginning of 2014 he won the BRITS Critic’s Choice award and topped the BBC Sound Poll that year, and since then has gone on to prove he is the biggest breakout UK male artist in recent years.  Last year saw Sam notch up a further string of No.1 records with the release of his debut solo single Money On My Mind and then Stay With Me - the huge pop ballad which is still making waves around the world. Sam’s success on the red carpet has been huge in the past year after winning all four awards he was nominated for at the 2014 MOBOs, Best New Act at the Q Awards and Favourite Male Rock/Pop at the American Music Awards. The start of 2015 saw him come home with four Grammy Awards – the most of all on the night taking home the coveted Record of the Year and Song of the Year awards as well as Best New Artist and Best Pop Vocal Album. The Brits followed with the most nominations out of any artist with Sam winning two more awards for Best Breakthrough Artist and Global Success. Sam’s home-grown success has catapulted him across the Atlantic stunning solo performances on Saturday Night Live, David Letterman and Ellen to name a few as well as an unforgettable show at the 57th Annual Grammy Awards, Sam has become the name on everyone’s lips around the world. With endorsements from the likes of Nile Rogers, A$AP Rocky and Mary J Blige - who have all gone on to collaborate with him and a recent duet with John Legend on a special recording of Sam’s song ‘Lay Me Down’ for Comic Relief, Sam is now sitting alongside some of the world’s finest artists. Live, Sam has reached new heights with sell out worldwide tours and an unforgettable performance at Madison Square Gardens in January 2015 selling out in under half an hour.