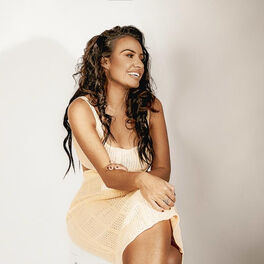 The Beat Goes On

Back To You (The Last Indigo Remix)

Back To You (René LaVice Jungle Remix)

Back To You (Illyus & Barrientos Remix)

Laura is an incredible vocalist — songwriter with multiple global credits to her name. Originally from Manchester Laura is now based in London. From an early age Laura was writing on piano where she honed her songwriting craft and her unique vocal ability. At just 19 years old Laura started out performing in a soul band that was produced by Mark Ronson. Laura has since penned songs for multiple artists including Grammy nominated “New York Raining” by Rita Ora. Laura also co wrote and featured with Galantis on their Top hit 20 “Love on Me”. Moving on to work with Emeli Sande, Naughty Boy, Example, Cash Cash, Hugel, One Bit, Ms Banks, Bugzy Malone & Mista Jam to name just a few. Laura is now working with many top production teams worldwide and has also featured on various dance projects including Cash Cash, Max Styler, & Moti. Also known for her massive sync cuts and film placement work, Laura worked closely alongside Andrew Bissell collaborating on many worldwide campaigns for Sony and Samsung. Laura also wrote and recorded the Theme song in 2020 for Blockbuster Smash, Jacqueline Wilson Movie ' Four Children and IT' Starring Michael Caine and Russell Brand. Laura is now heavily focused on her artist career and is now set for the release of her hugely anticipated debut album following her 3- Top 5 UK Singer/Songwriter EPS, various UK Top 40 collaborations.